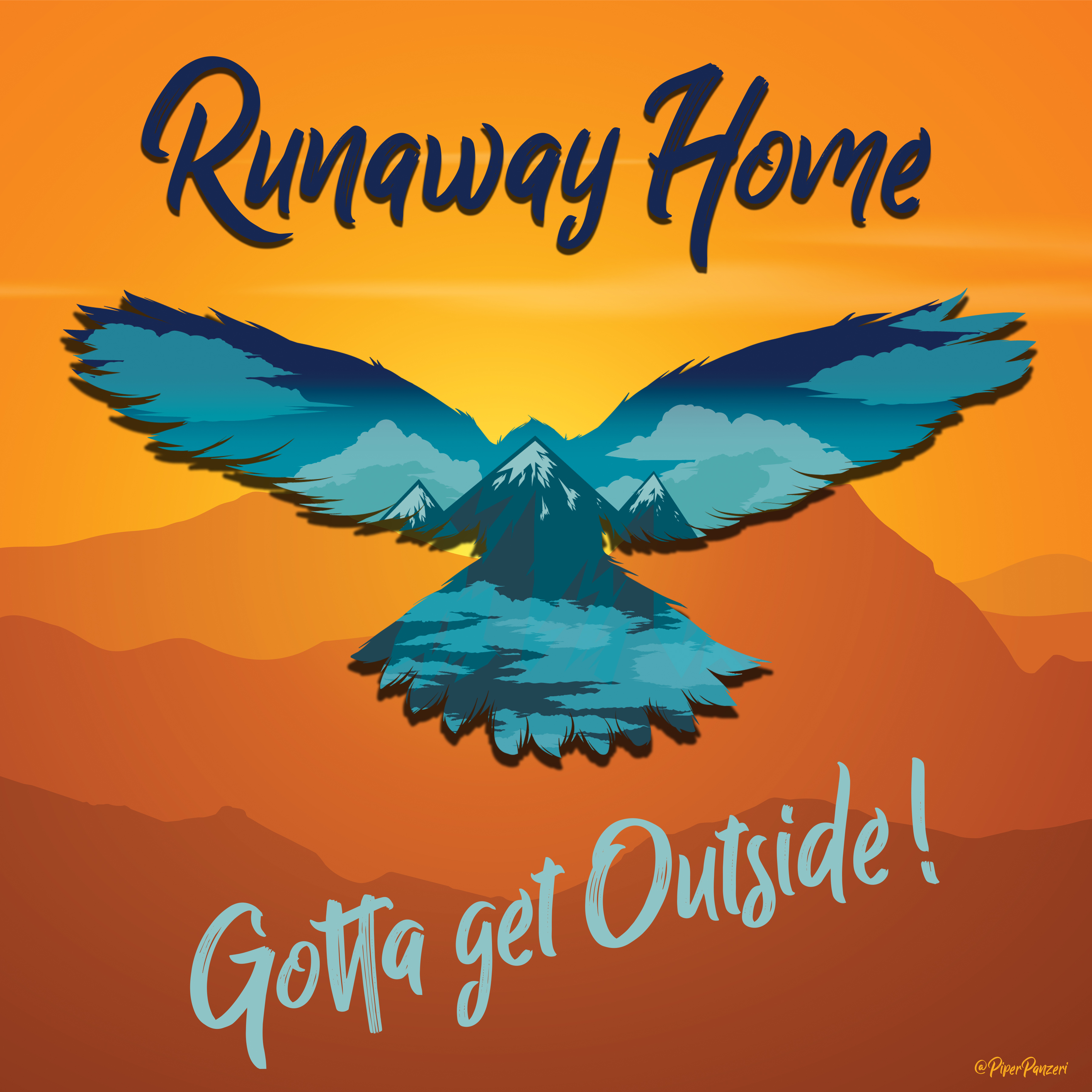 Runaway Home is a Panoramic-Americana band founded by two intrepid dreamers and schemers who share a love for music and the places it takes us all. Their music begins close to the heart but is bound for distant vistas. Pulling from diverse musical backgrounds, Runaway Home blends their sound whiskey-smooth and harmonically strong, with a plaintive and rootsy edge. Their music leads to much more than green rooms, stages, and radio waves, though. The band enjoys connecting with communities - subjecting themselves to and experiencing the lives of those who make their homes along the blue highways, glistening skylines, and open spaces just outside the band van windshield.

Runaway Home is easy on the ears and gentle on the soul. Their songs are not devoid of longing, loss, and sadness, but those emotions exist in a larger vibe, unmistakably joyful. Mark Elliott & Gary Culley have cultivated a sound that speaks from past experiences and life lessons, through the present, and into the great unknown. The differences in their musical backgrounds have strengthened the sound of Runaway Home into raw rhythm guitar with a hint of bluesy mandolin wrapped in the soothing strains of a mountain fiddle. The group has blended their vocals into carefully crafted and soulful harmonies that invite listeners to sit back and connect with the music.

It’s no accident that the ultimate Panoramic-Americana soundtrack for the road is consummated by a traveling band who enjoy their time on the road and the experiences they have along the way. The vagabonds have been delivering their infectious messages with smiles, sincerity, and a sort of child-like glee since 2011. The band’s early mantra has been “It’s the music that makes us smile.” True that and doubly true for friends and fans they have connected with in venues like The Dosey Doe Café outside of Houston, the Clayton Opera House in upstate New York, or the Bluebird Café in Nashville, TN.

Their good-for-the-soul, rootsy vibe caught the attention of Marcia Campbell of Nashville’s WSM Radio who said, “Runaway Home delivers a gem with their timeless collection of music that takes you to another place. Great songs, strong vocals, and sweet harmonies!”

Mark Elliott is known for his powerful rich tenor voice, once trained as an opera-singer before embracing his troubadour roots and logging countless miles as a solo folk and bluegrass artist.
The Oklahoma native was a protégé of the legendary singer-songwriter, Tom Paxton.  After recording his debut album “Common Ground” in 1987, he opened for Paxton.

After studying songwriting under the wing of a master craftsman, Mark found himself relocating to Nashville and signing as a writer with Cherry Lane Music - the first of many publishing houses.  As a commercial country songwriter for Bluewater Music, Maypop Music, and Sony Music Publishing, Mark found Top 40 success with artists such as Chris LeDoux and Neal McCoy.  Mark also released seven albums on his own.  Mark has just finished his first book, a memoir based on 1977, called Starmount.
When Mark isn't on the road with Runaway Home or writing songs, blogs and books, you’ll find him in a Cessna 172 buzzing his friends west of Nashville, in a kayak on a wild river, or hiking down a backcountry mountain trail in East Tennessee. He never leaves home without his Go Pro camera on him, so don’t be surprised if he adds filmmaker to his list of passions soon.

Gary Culley is known for his songwriting, but especially for his exceptional guitar playing.  Initially, Gary cut his teeth on guitar and songwriting as a student at the acclaimed Berklee College of Music. The Chicago native moved to Nashville in 1991 finding success as a staff writer for Sony-Edisto Music, recorded his own CD, and became an integral part of the Country Music Hall of Fame’s Words & Music Program.

Gary and Mark connected early on in Nashville and have been playing together so long that they are considered musical “twin sons from different mothers.”  That kinship led to a successful album called “Flight of Dreams” and a touring career playing clubs and festivals from coast to coast.  The duo went on to win the coveted Kerrville New Folk Award along with many other awards.

A sought-after studio and live musician, Gary has played for countless singers and has opened up for legendary Country and Americana artists Emmy Lou Harris, Trisha Yearwood, Garth Brooks, Buddy Miller and Sam Bush.  When Gary isn't running the roads with Runaway Home, he is often woodshedding in his Nashville studio, surrounded by more guitars than one man should have.

He is an avid outdoorsman, kayaking, hiking and mountain climbing.  He is also becoming an aficionado of the Big Green Egg and barbecuing in the backyard with his wife and two teenage boys.